Get fresh music recommendations delivered to your inbox every Friday.
We've updated our Terms of Use. You can review the changes here.

by far beyond frail 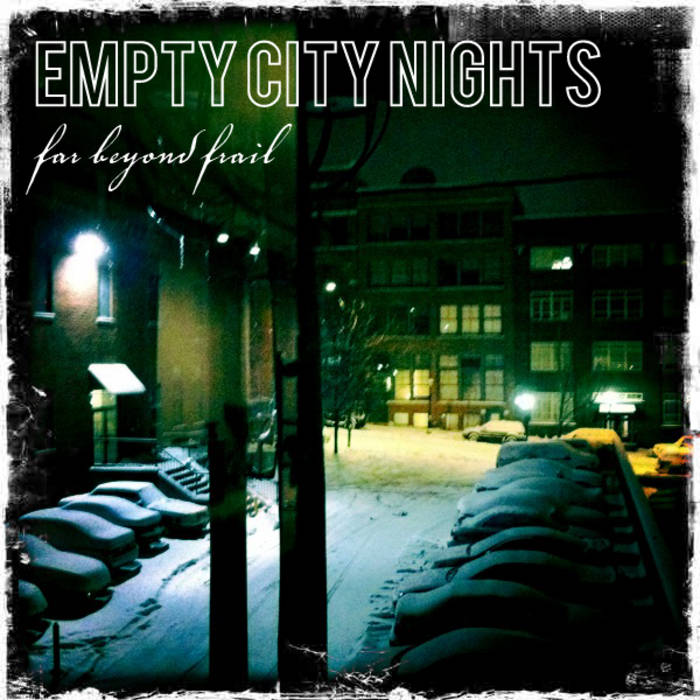 “Empty City Nights,” the first full-length album from Kansas City duo far beyond frail, is an intimate portrait of urban life, love and loneliness. Recorded for $200, using just a laptop and one microphone, the album is presented as glimpses into the lives of different people during one city night. It is the kind of stripped back, raw, and emotional album that fans of far beyond frail’s live shows and earlier EP’s have been waiting for years to hear.

In 2010, Sharlynn and I had decided to trade the road for an empty notebook, hoping to feel the world again in the only way we know how. Before long, we had filled the notebook up with memories, and thoughts, and songs. We'd spent years crisscrossing the country, touring as a duo, so when we wanted to turn these songs into an album, we decided it was time to make one as a duo. No more producers, no more hired musicians — just the two of us in a room with the ability to hit record. So, we bought $200 worth of recording equipment, closed the door, and set out to make the most honest album we could.

The album was inspired by the view from my loft in downtown Kansas City. I'd be looking out my window late at night, see a handful of lights on, and wonder what was happening in those apartments. I'd think about how empty the city can feel, even though so many people are awake in their rooms, going through their version of the same thing everyone else is. Soon, I realized the album we were writing is a trip through the thoughts of these people, in these apartments, on this one city night.

It's about Empty City Nights.

far beyond frail is a songwriting duo composed of Sharlynn Verner and David Cecil. Formed in 2002 while studying music on Martha’s Vineyard, a small island off the coast of Cape Cod, they combine edgy love songs with stunning female vocals to create music that ranges from breathy and playful to moody and daring. ... more